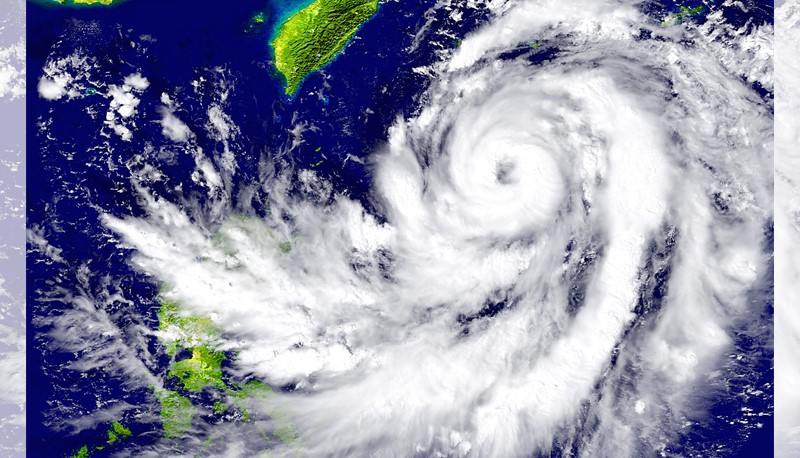 Prof. Francis Tam’s study predicts that global warming could double the destructive power of typhoons in Asia by the end of the century.

Typhoons or tropical storms have wreaked havoc across Asia in recent years, causing casualties and serious economic losses. A new CUHK study suggests that typhoons have become dramatically more destructive in Asia over the past 40 years and that global warming could double their destructive power by the end of the century.

Led by Prof. Francis Tam of the Earth System Science Programme at CUHK, the study predicts that future typhoons will have stronger intensity at landfall and travel further over land, exposing more inland locations to severe hazards.

Tropical storms (known as typhoons if formed over the Northwest Pacific Ocean) are one of the deadliest natural disasters, often bringing heavy rainfall, high winds and storm surges in their wake. Over the past 50 years, typhoons have led to nearly 780,000 deaths and caused more than US$1.4 trillion in global economic losses.

Previous research has shown that warming oceans can intensify the strength of tropical storms. If a typhoon intensifies in strength at landfall, this will extend the distance travelled inland and cause greater destruction.

‘Typhoon In-fa and Typhoon Cempaka, formed in June 2021, brought extreme rainfall to China’s inland region Henan province,’ explains Prof. Tam. ‘Although the two typhoons did not penetrate the region directly, they caused huge economic and human losses. The same happened in September, when remnants of Hurricane Ida passed through the northeastern states of the US. These events point to climate change increasing the impact of typhoon-related hazards on inland regions.’

To understand and predict how typhoons are changing, Prof. Tam’s research team, in collaboration with the Guangdong-Hong Kong-Macao Greater Bay Area Weather Research Center for Monitoring Warning and Forecasting (Shenzhen Institute of Meteorological Innovation), analysed typhoons and their impacts over the eastern and southeastern regions of Asia from 1979 to 2016. They found that stronger landfall typhoons sustained for two to nine hours longer and penetrated 30 to 190 kilometres further inland over this period. Typhoons with inland impacts significantly increased over Hanoi in Vietnam and the South China region.

Figures A-C showing the changes of the influences of western North Pacific tropical storms over land. There has been an increasing trend since 1979 in all the three factors that determine the destructive power of typhoons, including sustaining time over land, power dissipation index and travelling distance over land.

The research team then projected future changes in typhoon-related impacts using a high-resolution climate model based on the Intergovernmental Panel on Climate Change’s Representative Concentration Pathway 8.5, which assumes that greenhouse gas emissions will remain at a high level. Their projections suggest that by the end of the century (2075 to 2099), the average typhoon will increase in windspeed during landfall by 7.2 kilometres per hour, lasting around five hours longer and travelling 92 kilometres further inland, nearly doubling its overall destructive power.

Prof. Tam added, ‘Global warming will likely continue the increasing trend in landfalling typhoons and their impacts on inland regions, based on the high-resolution climate model projections. More Asian inland regions may be exposed to further severe typhoon-related hazards in the future as a result of climate change. Therefore, long-term planning to enhance disaster preparedness and resilience in these regions is essential.’