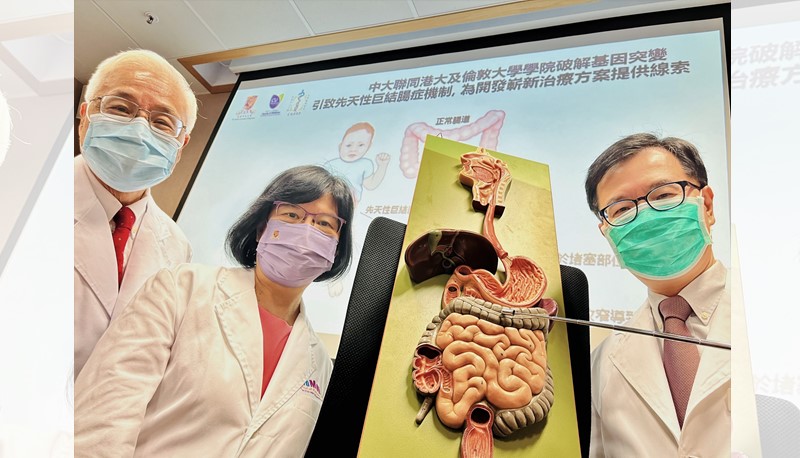 An international collaboration by CU Medicine has identified a pathogenic process that causes Hirschsprung’s Disease (HSCR), also known as congenital megacolon, a gastrointestinal disorder in newborn babies, in part by inhibiting a molecule that regulates the early development of gut neural cells. This makes possible new therapeutic strategies that avoid surgical intervention.

One in every 5,000 newborns in the world suffers from HSCR, with the figure rising to one in 3,500 among Chinese babies. The disease causes a varying length of the gastrointestinal tract to fail to stretch or contract normally. Affected babies show defecation difficulties immediately after birth, leading to an accumulation of intestinal content and enlargement of the colon. In severe cases, these babies may have swollen abdomens. If left untreated, the disease can be life-threatening.

Pinpointing the critical pathogenic process that leads to congenital megacolon 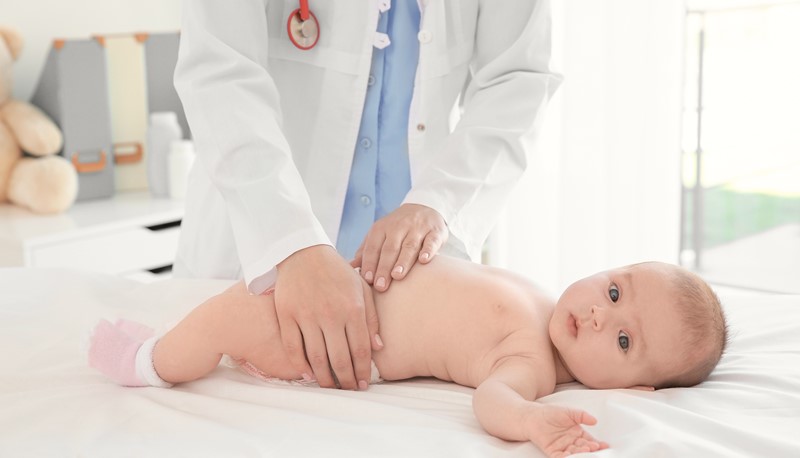 The discovery brings new hope for newborns with HSCR.

To better understand the onset of HSCR, a collaborative study by researchers from CUHK, The University of Hong Kong and University College London Great Ormond Street Institute of Child Health in the UK studied and identified a pathogenic process that leads to gut motility or movement problems in newborns.

The study focused on Neural Crest Cells (NCCs), a special type of neural progenitor cells that migrates to the gut during early embryonic development. NCCs help to create the neural cells that later regulate the muscle contractions that move food through the digestive tract. If the migration of NCCs is disturbed, the number of neural progenitor cells that reach the gut will be reduced, ultimately resulting in a deficiency in gut neural cells that leads to motility problems.

Crucially, the study found that a mutation of the Sox10 gene retards the migration of NCC to the developing gut, in part by inhibiting the production of a key protein known as cadherin-19. Using an animal model of HSCR with Sox10 gene mutation, cell migration was found to be retarded when the cadherin-19 level was low, whereas normal cell migration was largely restored when cadherin-19 supplemented the defective neural progenitor cells.

This important discovery of the role of the Sox10 gene and cadherin-19 in healthy colons will help medical experts to develop non-invasive therapeutic treatments. At present, babies with HSCR must undergo surgical removal of the disease-affected segment of the colon. However, this can still leave babies with long-lasting gastrointestinal problems.

Prof. Woody Chan of the School of Biomedical Sciences said, ‘Our new findings not only unravel the mechanism of how Sox10 mutation leads to HSCR, but also suggest that cadherin-19 could be a potential therapeutic target for HSCR. Therapeutic strategies could be developed to increase the level of cadherin-19 in the gut to help mitigate defective cell migration in HSCR patients.’

This project was supported by grants from the Theme-based Research Scheme and the General Research Fund of the Research Grants Council in Hong Kong.