Unlocking the mysteries of a rare neurodegenerative disorder

Huntington’s disease (HD), a hereditary disorder that causes the brain’s nerve cells to malfunction, is currently an incurable condition. However, an international collaboration involving neuroscience experts from CUHK is getting closer to understanding the root of the illness and thus opening up new therapeutic horizons.

Symptoms of HD tend to develop between the ages of 30 and 50, with sufferers experiencing progressive decline in movement and cognition, and in some cases psychiatric disturbances. Existing medication for HD can help patients to manage symptoms, but not treat the underlying disease.

Now, however, Prof. Edwin Chan of the School of Life Sciences at CUHK, in collaboration with scientists from the University of Illinois at Urbana-Champaign in USA and the University of Pisa in Italy, has taken a step closer to a possible cure.

Prof. Chan’s team has revealed how a particular species of ribonucleic acid (RNA), known as ‘small CAG repeat RNAs’ (sCAG), triggers the onset of HD by causing damage to genetic materials in the genome, the ordering system for our DNA. It is the first study to show how a build-up of these small toxic molecules in the brain’s nerve cells can compromise the functioning of the gene, NUDT16, that safeguards the integrity of the genome. Inhibiting this gene leads to DNA damage, the degeneration of neurons and cell death.

‘Our team is very grateful for being able to put one more jigsaw piece to the puzzle in explaining how HD comes about,’ said Prof. Chan.

The research team also believes that the findings can help develop new treatments for HD. This is because of a further important discovery: that a small molecule compound known as DB213 can target sCAG and neutralise its toxicity.

Using advanced techniques, Prof. Chan’s team was able to apprehend at the atomic level how the DB213 compound ‘docks’ onto the toxic sCAG. This patent-protected technology has also allowed the team to modify the compound in order to enhance its therapeutic effects against HD.

Further experiments showed that therapeutic interventions based on DB213 can suppress DNA damage and significantly restore motor deficits in mice that contract HD. Such interventions have the added benefit of being administered nasally rather than by spinal injection, as is the case with previous experimental drugs, making them more effective and further highlighting the therapeutic potential of DB213. The compound could also potentially be used to treat forms of Spinocerebellar Ataxias, another group of rare neurological diseases. 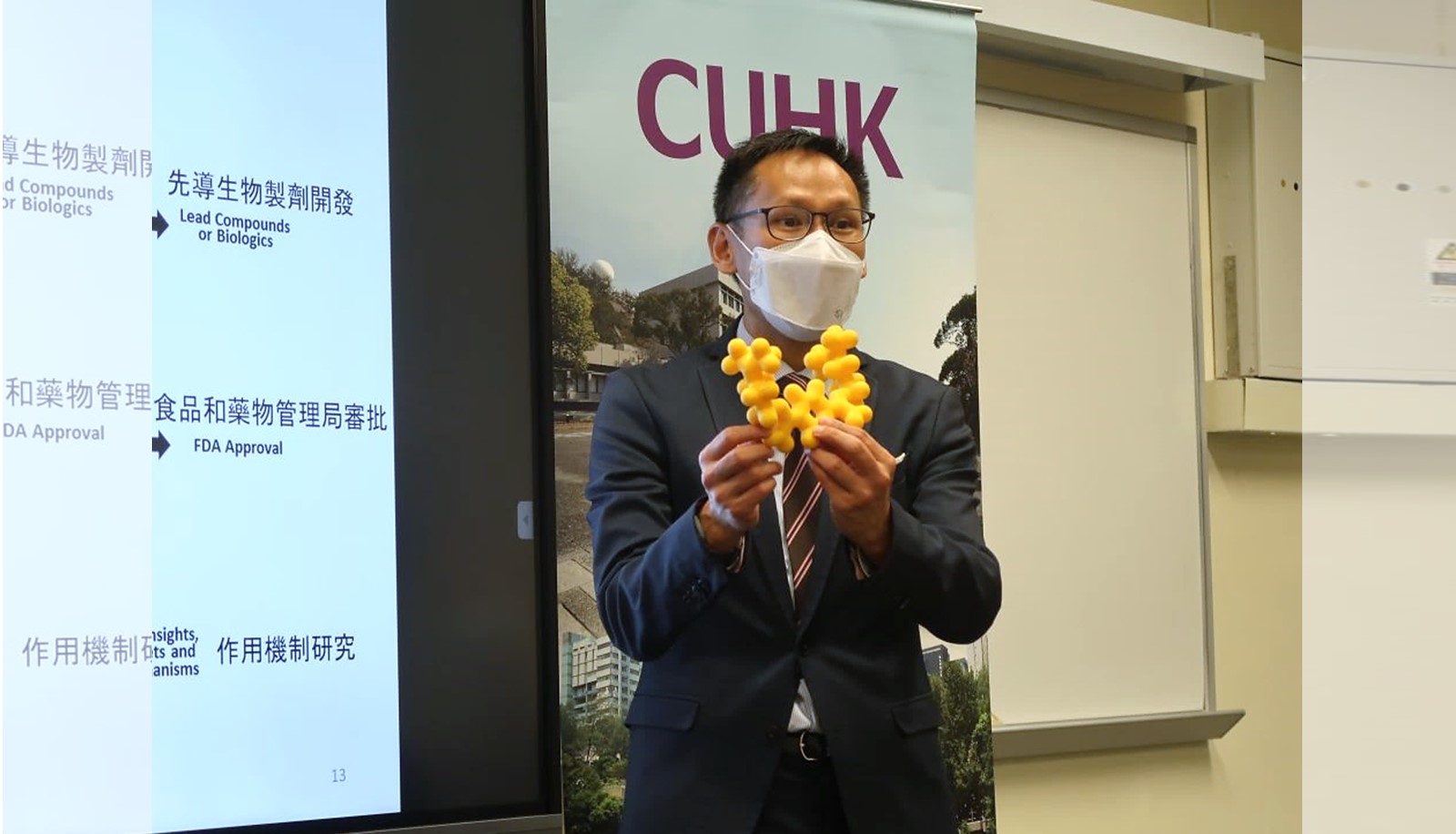 The team is now in initial discussions with pharmaceutical companies regarding preclinical experiments on non-human primates. In addition, Prof. Chan is currently establishing a HD Patient Registry in Hong Kong to stimulate the development and clinical testing of DB213 and other therapeutic interventions, and support the long-term care of HD patients. The registry will act as a two-way platform for clinicians and scientists to disseminate new clinical and research information to patients and their caretakers, and for patients to offer feedback.

Watch the videos on ‘The culprit of Huntington’s Disease’