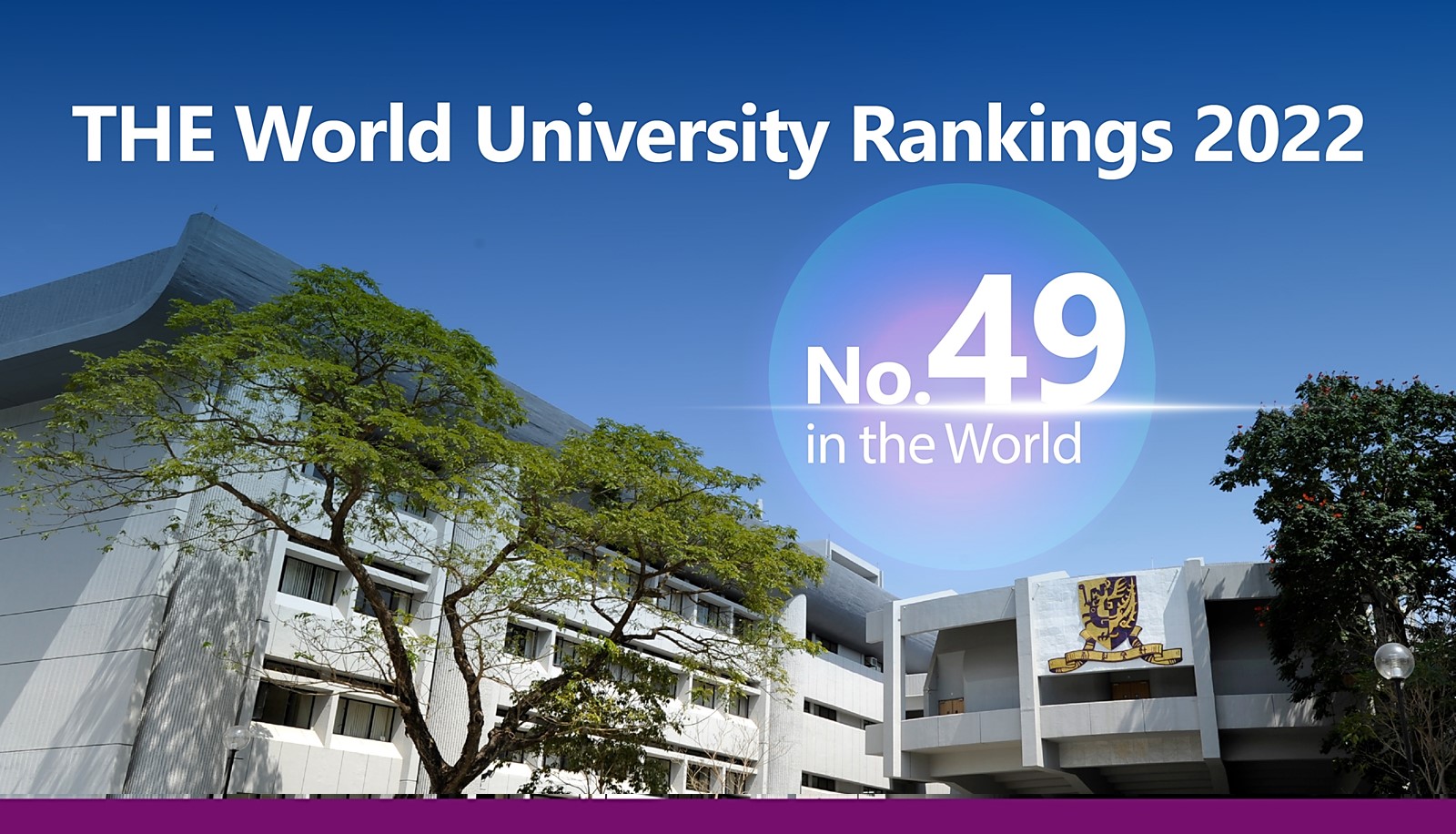 CUHK ranks 49th in the newly released Times Higher Education (THE) World University Rankings 2022, leaping forward seven spots from last year and breaking into top 50 for the first time. The table is based on 13 performance indicators that measure an institution’s performance in five pillars including teaching, research, citations, international outlook, and industry income. The University also shines in the Academic Ranking of World Universities 2021, where it takes the joint first place in the list of Hong Kong’s universities, a testament to our excellence in teaching and research.

Besides, CUHK is world-leading in a number of disciplines as revealed by the THE World University Rankings 2022 by Subject. Education has climbed 20 places to become the world’s 20th best, while computer science has moved up four places to 39th. Other subjects such as clinical and health, business and economics, engineering, and physical sciences also rank well.