Functional diversity: A delicate key to capacity of mangrove forests for ecosystem services 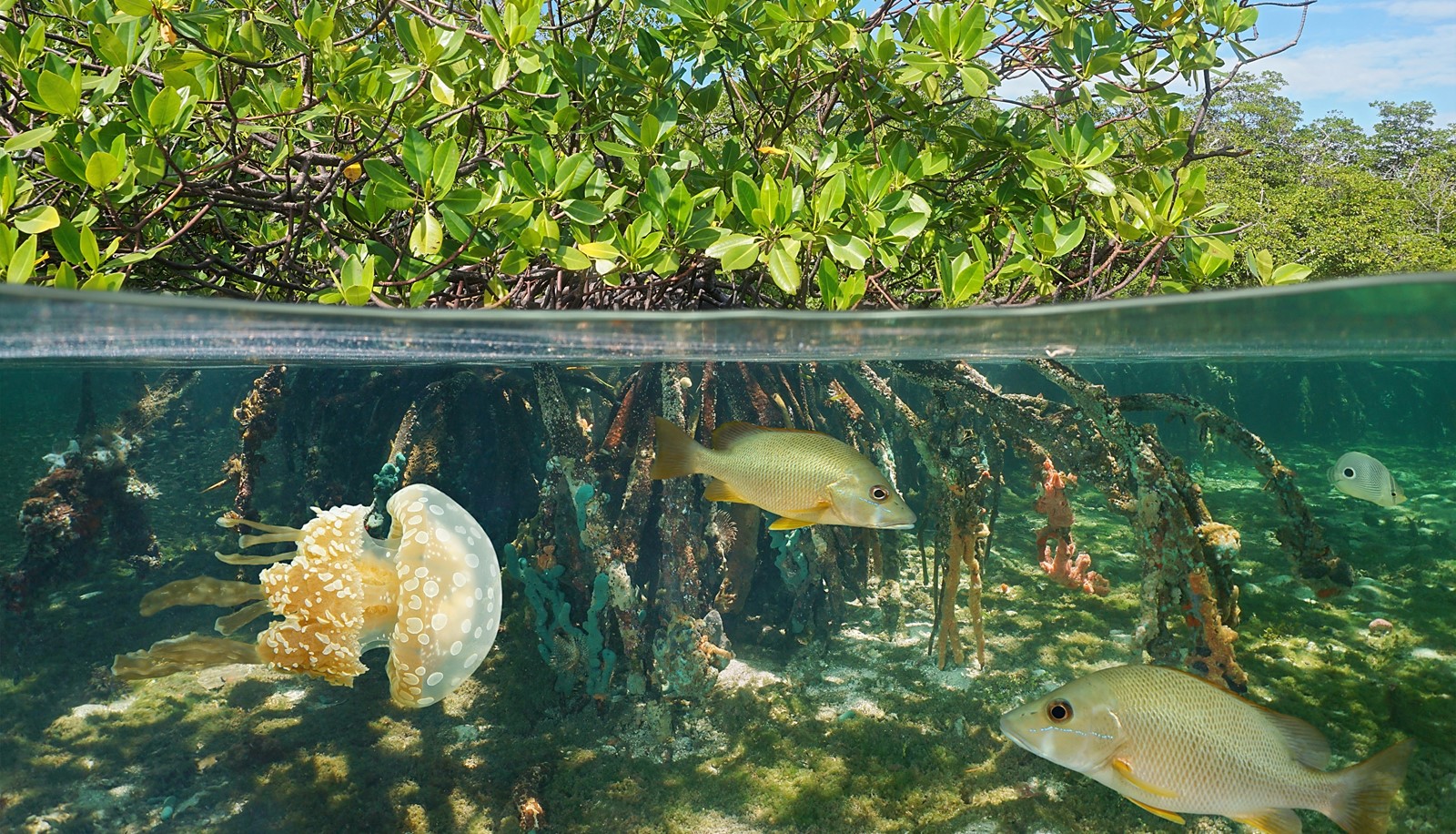 Research has revealed that mangroves may be at risk by the low functional diversity of invertebrates.

Mangrove forests are under threat globally, but a new study from CUHK researchers could inspire more effective approaches to restoring them. By probing how invertebrate fauna support various ecosystem functions in global mangrove ecosystems, the study discovered that while functional redundancy is low and small, highly biodiverse mangroves could help repopulate declining forests around the world.

A unique and vulnerable habitat, mangrove forests were once prevalent in the tropics but are now disappearing at alarming rates worldwide. As coastal vegetation, mangroves also support a high diversity of invertebrates such as crustaceans and molluscs. These resident fauna in turn sustain the forests through their feeding habits and other behaviours, which cycle nutrients and provide oxygen to tree roots, thereby supporting many functions and services of these ecosystems.

The mutual relationships between a mangrove’s floral and faunal components are the topic of new research led by Prof. Joe Lee, Director of the Simon F. S. Li Marine Science Laboratory at CUHK, Dr. Stefano Cannicci, Associate Director of the Swire Institute of Marine Science and Associate Professor from the Research Division for Ecology and Biodiversity at The University of Hong Kong, and Prof. Karen Diele, Professor of Marine Ecology at Edinburgh Napier University in the UK.

The study starts from the insight that, like most ecosystems, mangroves are generally more resilient when the different functions that sustain them are fulfilled by more than one animal species. This is known as ‘functional redundancy’. High functional redundancy can act as a sort of ‘ecological insurance’, since if one species is lost, another can step in to fulfil its function, thus keeping the ecosystem viable and maintaining its capacity for ecosystem services such as supporting fisheries and capturing atmospheric carbon dioxide.

To understand more about how this works in mangroves, the research team first compiled a dataset of 209 crustacean and 155 mollusc species from 16 mangrove forests around the world, and then classified them according to their functional traits, arriving at a list of 64 functional entities. This allowed researchers to measure how many species in each forest could serve as each functional entity, and therefore determine how well the forest was ‘ecologically insured’.

Worryingly, the team found that mangroves compare poorly to other ecosystems, with some of the lowest functional redundancy among resident fauna ever recorded. On average, 57% of the mangroves’ functional entities are performed by a single species, suggesting that even a modest local loss of invertebrate diversity could seriously harm mangrove functionality and resilience.

A rich resource for future conservation 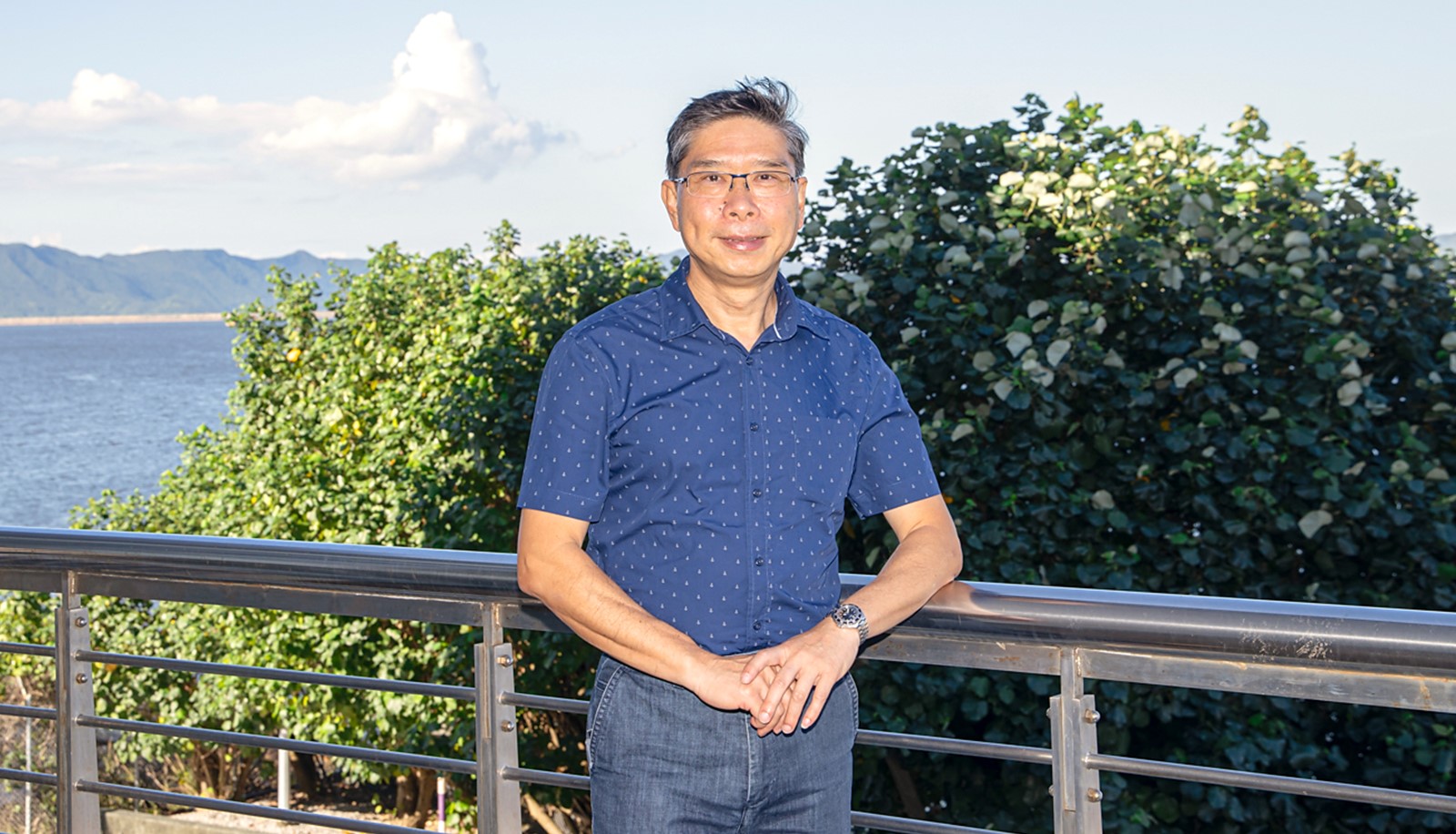 Prof. Joe Lee suggests that faunal functional diversity may be a better measure of mangrove resilience than the forest size.

The silver lining, however, is that some small mangrove patches, such as those found in Hong Kong and Mozambique host an array of species which perform multiple functions, meaning that they could serve as biodiversity reservoirs for future conservation efforts. As the last significant natural mangroves in the Pearl River Delta, for example, Hong Kong’s mangroves could be used to repopulate the invertebrate fauna of mangroves in mainland China and further afield.

The study also concludes that functional diversity among resident fauna may be a better measure of mangrove resilience than the conventional indicator of forest size. Simply planting more mangrove trees will not successfully rehabilitate degraded ecosystems if they do not attract the right mix of fauna. It is therefore vital that management, conservation and restoration plans take functional diversity into account, as well as to prioritise the protection of biodiverse mature forests over planting.