Prof. Dennis Lo is known as ‘the father of non-invasive prenatal testing’.

Prof. Dennis Lo from the Faculty of Medicine at CUHK (CU Medicine) was recently awarded the Royal Medal 2021 for his contributions to the advancement of ‘natural knowledge’ in biological sciences. The Royal Society highly commended Prof. Lo for making a major impact on pre-natal diagnosis by discovering fetal DNA in maternal plasma, developing non-invasive prenatal testing, and making foundational contributions for other types of liquid biopsies.

The Royal Medal is one of the most prestigious awards of the Royal Society, which was founded in 1660 and is the oldest scientific academy in continuous existence. Since 1825, two Royal Medals are awarded annually for the most important contributions to the advancement of ‘natural knowledge’ in the physical and biological sciences, respectively. Prof. Lo is the first Chinese scientist ever to receive the Medal in the biological sciences category since the establishment of the award 200 years ago. There are 400-some awardees in history, including Charles Darwin who proposed the theory of evolution and John Dalton who developed the atomic theory. Approximately one in five of the names on the award list are Nobel laureates.

With the use of massively parallel sequencing and the development of novel bioinformatics strategies, Prof. Lo’s group succeeded in deciphering a fetal genome through the analysis of traces of fragmented DNA floating in the blood of a pregnant woman. This scientific achievement lays the foundation for developing non-invasive prenatal diagnostic tests for multiple genetic diseases.

Prof. Lo saw the implications of non-invasive prenatal diagnostic tests to other branches of medicine. In transplantation, he demonstrated that DNA from a transplanted organ is present in the plasma of a recipient. This discovery has since then been translated into a new approach for rejection monitoring after transplantation. Based on the similarity he found in cell-free fetal DNA molecules and tumour DNA molecules, Prof. Lo has developed genome-wide genetic and epigenetic approaches for cancer detection. This work has laid the foundation for multi-cancer early detection. Prof. Lo and his team have successfully developed technologies that allow the detection of dozens of cancer types and have been working with a biotech company in the US for clinical applications. 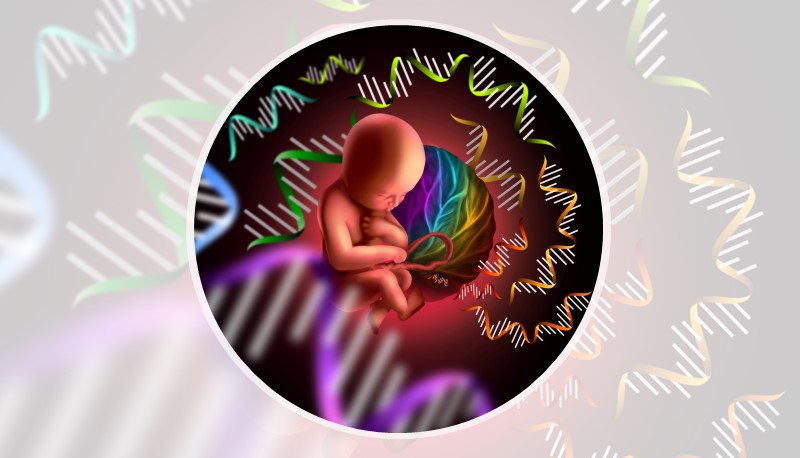 The non-invasive prenatal test for Down syndrome developed by Prof. Lo has been widely regarded as a significant breakthrough in the global scientific community.

Inspiring the next generation of scientists

Being the first Chinese scientist awardee of the Royal Medal for contributions in biological sciences, Prof. Lo remarked, ‘I am most delighted and encouraged to have my work on circulating fetal DNA and development of non-invasive prenatal testing and other liquid biopsies recognised by the Royal Society. I am also humbled when I look at the list of distinguished past winners of this award. I wouldn’t have developed the non-invasive prenatal diagnostic test without the support of my devoted team all along. I am grateful to all the inspirations, support and company from my family, mentors, colleagues, students and friends.’

Looking ahead, Prof. Lo hopes this award can help draw young people’s attention to science and learn that it can be fun and impactful. ‘The future of science depends on our ability to attract the best minds of our next generation into the science, and joining us in our quest of the next scientific breakthrough,’ he said.