Cure for liver cancer from within 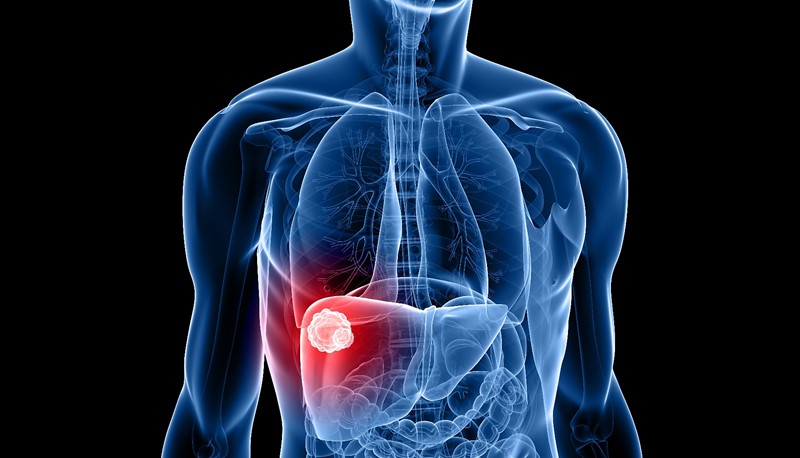 The School of Biomedical Sciences develops a new treatment for liver cancer using a cancer-promoting gene and immune checkpoint inhibitors.

Hepatocellular carcinoma (HCC)—the most common form of liver cancer—is the third largest cause of cancer deaths worldwide. It is especially prevalent in East Asian countries, in part because of hepatitis B infections.

Until recently, however, this deadly form of cancer was resistant to conventional immunotherapy treatments. This is because the liver cancer cells have their own defences that prevent a cancer victim’s body from defeating the tumour.

But that could soon change, thanks to a discovery by a team of researchers led by Prof. Alfred Cheng, the chief of cancer biology and experimental therapeutics research theme at CUHK’s School of Biomedical Sciences. His research has revealed that a novel combined-immunotherapy using an inhibitor of histone deacetylase 8 or HDAC8, a cancer-promoting gene, together with immune checkpoint inhibitors could prolong the tumour-free period, with no evidence of side effects. 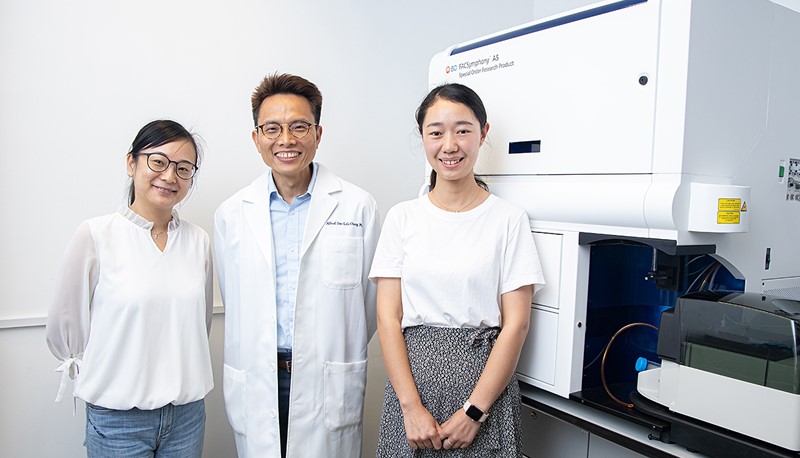 Prof. Alfred Cheng (middle) and his team conduct the study with the BD FACSymphonyTM A5.2 machine, the only one in Hong Kong and a state-of-the-art cell analyser, to unravel the complexity of tumour ecosystem.

Liver cancer occurs when liver cells develop undesirable changes in their DNA, or expressions of genes. As a result, the cells may grow out of control and eventually form a tumour.

Immunotherapy is a major tool in cancer therapy, which works by activating cancer-killing T cells that shrink tumours. However, most liver cancers (including HCC) are ‘cold’ or T cell-excluded. In previous clinical studies, it was shown that only around 15% of HCC patients responded to immunotherapy.

In his research, Prof. Cheng learned that the epigenetic regulator, HDAC8, prevents the production of chemokines, a molecular signal that encourages T cells to come to the body’s aid. By treating mice with drugs that inhibit HDAC8 production, the chemokines were expressed in the normal way, enabling T cells to infiltrate the tumour and kill cancer cells.

All the mice treated with both immunotherapy and epigenetic treatment were able to survive longer than 360 days. ‘I was quite surprised, but we re-tested it,’ Prof. Cheng said. ‘The duration of the effect is very long.’

His findings with the mice trials were recently published in the journal Science Translational Medicine.

From mice to humans

The study has not yet gone into human clinical trials. However, Prof. Cheng has been collaborating with a drug-development team in Germany to produce drugs that can deliver the treatment. From the tests that are carried out, Prof. Cheng and his colleagues from CUHK’s School of Pharmacy will determine which of the German-developed drugs is most effective in mice.

If these tests are successful, the drug will be adapted for human use. Prof. Cheng is currently applying for funding to work on that formulation, which may take around a year. Even more promising, Prof. Cheng said that the same treatment could also work for other immune-excluded cancers, such as ovarian and pancreatic cancers, giving new hope to cancer patients worldwide.