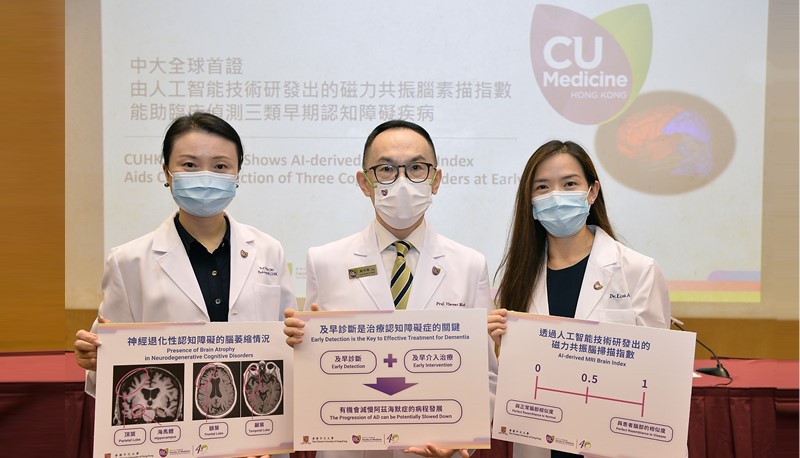 CU Medicine harnesses the power of AI and MRI to enable early detection of Alzheimer’s and other forms of dementia.

Dementia affects one in every ten older adults in Hong Kong and is a major threat to the quality of life of patients and their families. With the rapidly ageing population in Hong Kong, the number of older people suffering from dementia is estimated to rise dramatically from about 100,000 in 2009 to over 330,000 in 2039.

Fortunately, it is possible to slow the progression of dementia if cases can be detected at an early stage. The challenge, however, is identifying what type of dementia is being diagnosed.

Among the various forms of dementia are Alzheimer’s disease (AD), and other common neurodegenerative cognitive disorders such as dementia with Lewy Bodies (DLB), and frontotemporal dementia (FTD). Symptoms of these disorders frequently overlap, especially at the early stage of the disease.

In a world-first by a team of researchers at CUHK’s Faculty of Medicine (CU Medicine), a new method has been developed that could make early detection of Alzheimer’s and other forms of dementia easier so that treatment can begin earlier.

The key is the use of brain magnetic resonance imaging (MRI) powered by artificial intelligence (AI).

Changes that occur in the brain as a result of Alzheimer’s commonly include the accumulation of certain abnormal proteins. Scans by positron emission tomography (PET) machines or examinations of cerebral spinal fluid (CSF) can detect these biological changes, but these tests are still not widely accessible.

According to Prof. Vincent Mok, ‘The progression of AD can be potentially slowed down when detected at an early stage. Thus, a more convenient and precise screening method for detection of early AD will be very important.’ Prof. Mok is Director of the Therese Pei Fong Chow Research Centre for Prevention of Dementia and Head (Academic Affairs) of the Division of Neurology at the Department of Medicine and Therapeutics at CU Medicine. 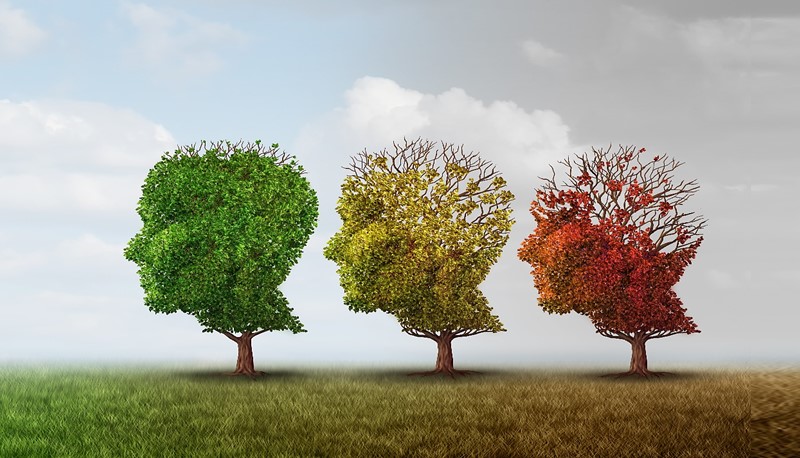 Early detection is the key to effective treatment for dementia.

Harnessing the power of AI

Taking advantage of developments in AI and its ability to recognise patterns of brain atrophy, the Division of Neurology and the Department of Imaging and Interventional Radiology at CU Medicine investigated the performance of AI-derived MRI brain atrophy indexes for detecting early AD and other common forms of dementia. The study showed that sensitivity in the detection of mild AD was 92%, which was 25% higher as compared with visual inspection. Subjects who tested positive could then be investigated further via PET or CSF to confirm the diagnosis.

Respective AI-derived MRI indexes also achieved good sensitivity in detecting FTD at a mild to moderate stage (96%) and mild DLB (83%). These indexes were derived and validated from a total of 2,121 MRIs of older adults.

‘In the past, MRI has been used commonly in clinical practice mainly to rule out other non-degenerative cognitive disorders, such as cerebral small vessel disease, hydrocephalus, or brain tumours,’ said Dr. Lisa W.C. Au, Clinical Professional Consultant of the Division of Neurology, Department of Medicine and Therapeutics, CU Medicine. ‘With the rapid development and incorporation of AI technology in MRI scanning, we believe that MRI will further aid in the detection of AD and other common neurodegenerative cognitive disorders at an earlier stage.’

Following the successful trials of its AI-assisted MRIs, the team has launched this innovative technology in the market and looks forward to making a positive contribution to the global treatment of AD and other forms of dementia.