A number of distinguished CUHK faculty members have recently received prestigious honours in recognition of their exceptional work. Several of them are either the first scholars or the only scholars in this year’s list from Hong Kong or the region to receive the accolades. 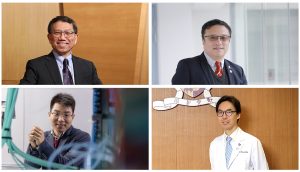 In medicine, Professor Rocky S. Tuan, Vice-Chancellor and President of CUHK, and Professor Gang Li of the Department of Orthopaedics and Traumatology were named 2021 Fellows of the Orthopaedic Research Society for their outstanding achievements in musculoskeletal research. Besides, Professor Peiyong Jiang at the Department of Chemical Pathology, whose research interest is in cancer and fetal diagnostics, was elected a senior member of the National Academy of Inventors. All three of them are the first scholars in Hong Kong to earn these honours.

Professor Ronald Ma at the Department of Medicine and Therapeutics was awarded ‘The Xiaoren Pan Distinguished Research Award for Epidemiology of Diabetes in Asia’ from the Asian Association for the Study of Diabetes for his outstanding scientific achievements in the epidemiological studies of diabetes in the region.

Honours in Arts and Social Science 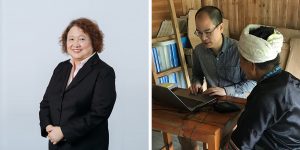 CUHK researchers also excel in arts and social science. Professor Mei-Po Kwan of the Department of Geography and Resource Management received the 2021 Wilbanks Prize for Transformational Research in Geography from the American Association of Geographers. The first Asian researcher to receive this honour, her work has transformed the discipline of geography and geographic information science.

Professor Patrick Wong of the Department of Linguistics and Modern Languages has been named the Guggenheim Fellow 2021, allowing him to extend his pioneering research in linguistics and neuroscience. Professor Wong is the only scholar from Hong Kong who was chosen through a rigorous peer-review process from almost 3,000 applicants worldwide. 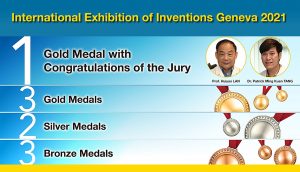 Scientific innovations developed by CUHK have benefited mankind in many different ways. Nine medals were awarded to CUHK at the International Exhibition of Inventions Geneva 2021, covering a variety of areas such as health technology, renewable energy and artificial intelligence. Among which, a novel virus-free anticancer gene therapy developed by the Faculty of Medicine has won the Gold Medal with Congratulations of the Jury.