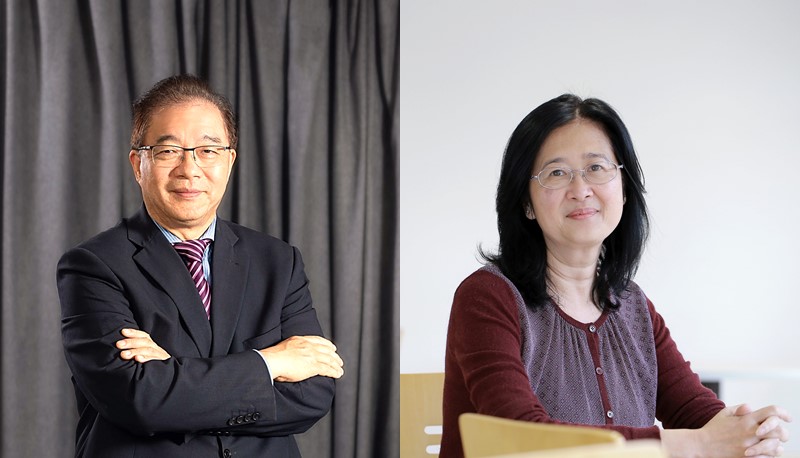 Two projects led by Professor Ling Qin (left) and Professor Nathalie Wong (right) are granted over US$18 million in the Areas of Excellence Scheme of the Hong Kong UGC.

Two outstanding projects led by CUHK medical researchers were granted over US$18 million in funding in the ninth round of the Areas of Excellence (AoE) Scheme under the Hong Kong University Grants Committee (UGC). The project ‘Centre for Medical Engineering of Molecular and Biological Probes’ led by Professor Nathalie Wong of the Department of Surgery received funding of over US$9 million. Led by Professor Ling Qin of the Department of Orthopaedics and Traumatology, the project ‘Aging, Skeletal Degeneration and Regeneration’ was awarded about US$9 million.

The AoE Scheme aims to provide support to the UGC-funded universities to build upon their existing strengths and develop them into areas of excellence. As at now, a total of 28 AoE projects from various disciplines have been funded in nine rounds of exercise to support their research. Among them, 11 were led by CUHK researchers.