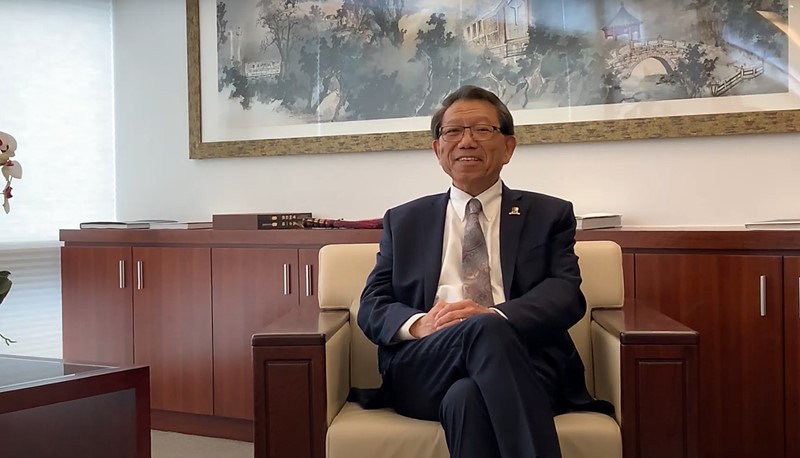 The International Association of Universities (IAU), created under the auspices of UNESCO in 1950, is an independent, non-governmental association of more than 640 higher education institutions and organisations from over 120 countries. It acts as the global voice of higher education and promotes collaboration among its members by articulating the fundamental values and principles that underpin the pursuit, dissemination, and application of knowledge.

In celebration of the IAU’s 70th anniversary, Prof. Rocky S. Tuan, Vice-Chancellor and President of CUHK, presented a congratulatory message to the IAU, commending its efforts in generating and sharing knowledge and facilitating international collaboration to strengthen universities’ positive impact on communities. He called upon universities to fortify closer collaboration through organisations like the IAU in order to make a collective effort and voice to stand up to global challenges such as public health, ageing, and sustainable development. His message can be viewed here.

In the years ahead, CUHK will continue to strengthen its ties with international networks and associations, including IAU, in order to expand its global engagement and impact.