Researchers across WUN organise a variety of events and activities to promote research collaboration and graduate education, as well as to disseminate knowledge and exchange information. These take place in both the physical and the virtual environment. Please see below for a list of upcoming and past events/activities.

The next WUN Conference and AGM will be hosted by Tecnológico de Monterrey in Mexico during 18-22 May 2020. This year’s meeting is especially notable as WUN will be celebrating its 20th anniversary and a new strategic plan will be developed. The meeting will have a thematic emphasis on sustainable development and a 2-day academic workshop on climate action will be held prior to the AGM. For registration, please first contact the Office of Academic Links. Learn more

Some 100 delegates attend the WUN Conference and AGM 2019 held at University College Dublin, Ireland during 22-24 May 2019. Prof. Rocky S. Tuan, Vice-Chancellor; Prof. Fanny Cheung, Pro-Vice-Chancellor; Prof. Isabella Poon, Pro-Vice-Chancellor; Mr. Eric Ng, Vice-President (Administration) and University Secretary; and other representatives and researchers took part in this annual event. The event was concluded with the WUN Presidents Forum on ‘Liberal Education for the 21st Century’ where Prof. Isabella Poon was one of the speakers. She shared with the delegates CUHK’s experience in planning the four-year curriculum relating to Hong Kong’s education reform and discussed current pedagogical challenges. Learn more 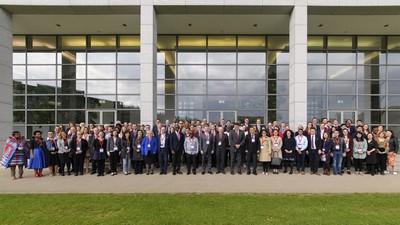 The University of Western Australia played host to the WUN Conference and AGM 2018 during 23-25 May 2018 in Perth. Over 150 researchers and leaders from the 23 WUN member universities met and discussed the research agenda and strategic plan of the Network in the next few years. A Presidents Forum themed ‘International Policy Research in Higher Education’ was held on the last day where Prof. Rocky S. Tuan, Vice-Chancellor and President of CUHK, spoke on the importance of the Belt and Road Initiative as a regional action plan. In addition, a number of academic workshops were organised in conjunction with the AGM during 30 April-22 May. Learn more 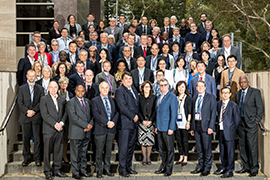 The inaugural WUN Global Africa Group workshop was held at the University of Ghana during 8-10 June 2017. It brought together over 60 researchers from 22 WUN and non-WUN universities, including Prof. Lawal M. Marafa of the Department of Geography and Resource Management at CUHK, to explore collaborations in five priority areas: environmental change and food security; public health; governance, inequality and social inclusion; higher education and research capacity; and natural resources for inclusive growth and sustainable development. Learn more 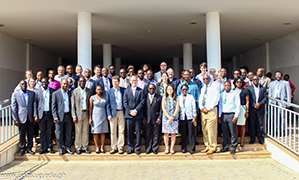 The WUN Conference and AGM 2017 was held in New York City during 3-5 May 2017 with a focus on reviewing the achievements of the Network and devise a set of strategies to strengthen its research capacity and profile. The event featured a series of business and research group meetings, as well as a Presidents Forum themed ‘Higher Education and the Sustainable Development Goals’. In addition, a number of academic workshops were organised in conjunction with the AGM during 30 April-2 May. Learn more 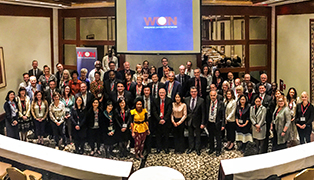 The WUN Conference and AGM 2016 was held at Maastricht University from 2 to 7 April 2016 which attracted close to 400 academics and university leaders from around the world. During the AGM, Prof. Joseph Sung, Vice-Chancellor of CUHK, took up the chairmanship of the Network, a role elected from among the presidents of member universities. Learn more

The WUN Conference and AGM was successfully hosted by CUHK during 25-30 April 2015, which attracted some 400 delegates to the campus to review the progress of the Network and plan development in future years. Besides, a number of academic meetings and conferences were held in conjunction with the AGM on the themes of digital cultures, migration, public health, healthy ageing, and China foreign direct investment. The event ended with a Presidents Forum held at The Chinese University of Hong Kong, Shenzhen where over 30 presidents and senior leadership from WUN and Chinese universities deliberated the reform agendas for higher education in China and the world. Learn more

Over 100 participants from six continents participated in the WUN Symposium cum Research Summit on Impacts of Grain Legume Research and Development in Developing Countries held at CUHK during 8-17 June 2017. The event was organised by Prof. Hon-ming Lam, Director of the Centre for Soybean Research, as part of his Research Development Fund (RDF) project. It comprised two parts: the first part being a Research Summit for early-career researchers with the aim of fostering a multi-perspective development and facilitating network building, and the second part being an International Symposium for high-level scientific exchange with the ultimate goal of formulating a blueprint for future development of legumes research. Learn more 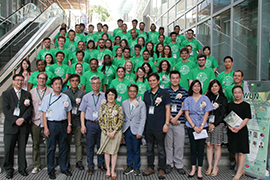 To learn more about opportunities provided through the WUN for CUHK researchers, please visit WUN’s website or contact: