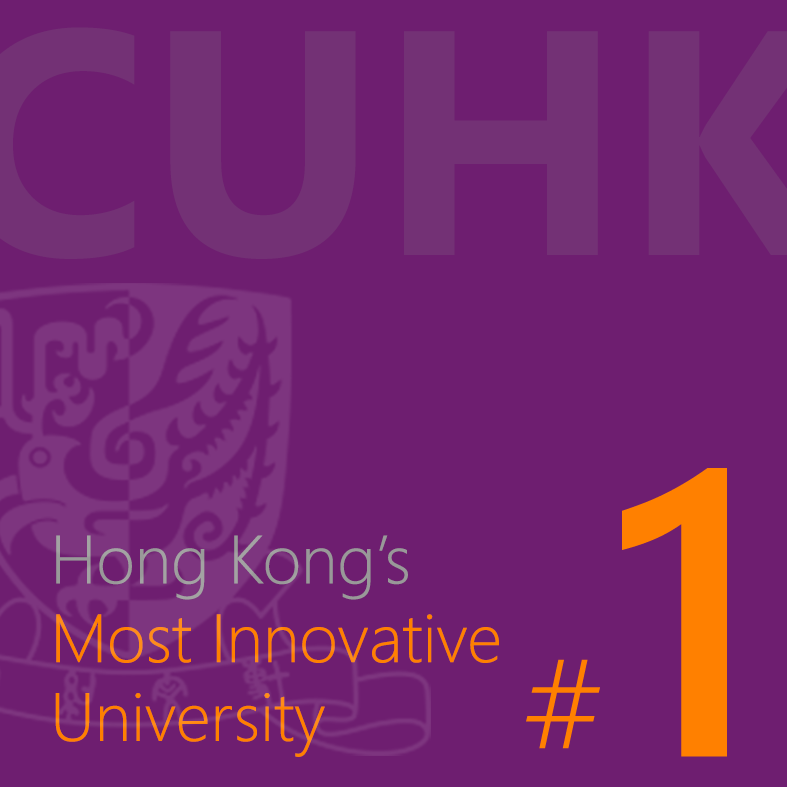 The Chinese University of Hong Kong (CUHK) was ranked the most innovative university in Hong Kong and 27th in Asia-Pacific by Reuters’ “Asia Pacific’s Most Innovative Universities 2017”. The list identifies and ranks the educational institutions doing the most to produce original research, create useful technology, and stimulate the global economy. The rankings are determined according to their innovative capacity and achievement as demonstrated by paper and patent outputs.

CUHK has always been committed to promoting innovation and technology. The University currently has more than 750 granted patents in different jurisdictions worldwide. A majority of these patents have been licensed to relevant industries that help bring these innovations to the market to benefit society. In academic year 2016-17, CUHK has received 88 granted patents and filed 183 patent applications for inventions developed in the areas of medical technology, biotechnology, information technology, telecommunications, and materials science. In addition, CUHK has been continuously stimulating entrepreneurship among students and teachers. In 2014, the University introduced the Pre-incubation Centre (Pi Centre) and in academic year 2017-18, a new minor programme in Entrepreneurship and Innovation will be introduced. CUHK encourages students and researchers to contribute to society with the knowledge gained through their research. As of now, 32 start-ups have been launched in areas ranging from novel diagnostic platform to vision guided robotics.

Call for Applications: Opportunities offered by Association of Commonwealth Universities